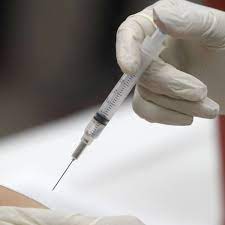 Or, as Andrew Neil put it on the Spectator TV News Channel this week, “A Dripping Roast For Lawyers”. To be fair, Neil was referring to the patchwork of mandatory vaccines across the United States. But with the publication yesterday of the Government’s consultation paper on vaccine requirements for all staff deployed in a care home supporting at least one older adult over the age of 65, the debate raging about “vaccine passports” has a real target in its sights. Not only because the government has found some primary legislation that gives it the power to introduce mandatory vaccinations, but also because the proposals are not limited to employees.

According to the consultation paper (which will take five weeks to circulate, enough for more age groups to move into vaccine eligibility bands), the vaccine requirement will extend to visiting professionals, in particular

all staff employed directly by the care home provider, those employed by an agency, and volunteers deployed in the care home. It also includes those providing direct care and those undertaking ancillary roles such as cleaners and kitchen staff.

…[and could extend to] those who provide close personal care, such as health and care workers. It could also include hairdressers or visiting faith leaders. We are also carefully considering the situation of ‘essential care givers’ – those friends or family who have agreed with the care home that they will visit regularly and provide personal care

The policy proposals provide clear exemptions, but only on medical grounds. Vaccine refusal based on cultural or religious objections is not exempt. Pregnancy is at the moment included in the medical exemption but is under review.

The policy would be enforced by actions by the Care and Quality Commission against care homes that fail to comply under the Health and Social Care Act 2008 (Regulated Activities) Regulations 2014 amended after the consultation period is over.

This policy has been proposed in response to the relatively low uptake in vaccination by care home workers, people who are most exposed to the most vulnerable. Vaccine hesitancy in this context is a pressing problem and not easily addressed by respect for civil liberties and conscientious or religious objections. Here is what the consultation document says:

the adult social care workforce has a high proportion of women and people from black, Asian and minority ethnic communities. There is some evidence to suggest these groups may be more hesitant about vaccination more generally and the COVID-19 vaccine specifically given it is a new vaccine. [para 37]

Before the extraordinary success of the various vaccine trials were announced in November 2020, I posted on the possible government response to vaccine hesitancy in November last year: Compulsory vaccination – the next step for Covid-19? This article was based on written evidence submitted by a group of philosophy and law academics to a parliamentary Committee on Human Rights in July 2020. The authors of the report maintained that mandatory vaccination programmes could be introduced and rendered lawful on the basis of two “parity” arguments:

1). If lockdown is compatible with civil liberties and human rights under the Human Rights Act 1998, so would compulsory vaccinations be similarly compatible.

2) There could be “parity” with the Mental Health Act which allows compulsory medical treatment for people without capacity to consent under the Mental Capacity Act 2005.

Absent the conditions set out by both the Mental Health and the Mental Capacity Acts, vaccination without consent would be prohibited by the criminal law on assault.

So where are we with the new proposals? The most important feature to note is that the government has found that it has the vires – the power – to introduce mandatory vaccination measures by tweaking regulations under the 2008 Social and Health Care Act 2008, in the context of care homes. (Health and Social Care Act 2008 (Regulated Activities) Regulations 2014).

It does not have such an open ended power under the Coronavirus Act 2020, which contains a provision relating to “Powers relating to potentially infectious persons” (Section 51). This section is tightly confined by the related Schedule 21 to circumstances involving public health officials, police and immigration officers.

There is nothing in the 2020 Act or its schedules that would allow for the introduction of subordinate legislation imposing mandatory vaccination. Therefore, the imposition of compulsory vaccination beyond the context of care homes is not currently permitted by law and would require an Act of Parliament.

This is not to say that such a measure would not make it through both houses as a primary Act of Parliament. Relatively hot off the press is a case from Strasourg involving quite draconian measures in the Czech Republic to ensure that parents have their children inoculated against a number of diseases before attending school, on pain of school exclusion and a fine.

In Vavřička and others v the Czech Republic (8 April 2021) the European Court of Human Rights considered a claim by parents that the imposition of fines and exclusion of their children from preschool for their refusal to comply with statutory child vaccination duty interfered with a number of their constitutional rights, chiefly their right to private family life under Article 8 and their children’s right to autonomy and bodily integrity under the same provision.

In the judgment, President of the Court Robert Spano (interviewed on Law Pod UK last year) undertook a detailed survey of signatory states’ approach to this problem. Similar challenges, before courts in Hungary, Italy, North Macedonia, Serbia and France have been defeated by the overarching interest in public health.

Whilst this ruling contains no reference to inoculation against Covid 19, it is certainly a bellwether for how courts might respond to similar challenges to vaccine programmes in various countries. In all of the cases cited, the outcome was the same. Public vaccination porogrammes, ranging from light touch to those enforceable by fines and school exclusion, were considered to be consistent with the best interests of the children, as it was important to protect every child from serious diseases through immunisation. Most importantly, Judge Spano emphasised that those individuals who were not able to take the vaccine for medical reasons were reliant on herd immunity achieved by general take-up.

The Court did not even consider the merits of the challenge based on the right to manifest freely one’s religion or beliefs (Article 9 EHCR). It was excluded at the admissibility stage:

Compulsory vaccination amounted in principle to an admissible limitation on [religious rights or beliefs], since it was obviously a measure necessary in a democratic society for the protection of public safety, health and the rights and freedoms of others.

Staying with childhood vaccination, it is worth mentioning that in the UK the Court of Appeal ruled in May 2020 that a local authority can consent to a child in its care being vaccinated without the permission of the court (Re H (A Child)(Parental Responsibility: Vaccination), [2020] EWCA Civ 664). Although none of these cases directly refer to inoculation against Covid-19, they plainly illustrate the direction of travel.

And, finally, it must be remembered that there are a number of international instruments about that set out non-enforceable and aspirational measures that impose “obligations” on governments to do certain things. Included in these are the EU Social Charter, as well as the Treaty on the Functioning of the European Union, and the Charter of Fundamental Rights of the EU, all of which impose require states to “take appropriate measures” to prevent as far as possible epidemic endemic and other diseases. Whilst some of these will no longer apply to the UK, post Brexit, the public health obligations they contain will certainly be taken in to account by judges weighing the delicate balance between individual freedoms and other citizens’ rights to be protected from disease.

US Duo Lead On $1.45B UK-French Pharma Deal  | Legislation.com Worldwide

US law firms hand London associates spring bonuses of up to £47k – Legal...

Baker McKenzie Kicks Off 12 months-Finish Bonus Season within the US | Regulation.com Worldwide